In business for Houston for 48 years.

Great Southern Music’s founder and owner, Kevin Perry, has been helping Houston’s musicians get set up since 1975.

In 1973, Kevin landed an apprenticeship with Chip Todd in a small guitar shop on Chimney Rock Rd. At this location, Kevin worked alongside Mr. Todd, servicing guitars for Brook Mays music, then located close by. At this time, Kevin met Texas guitar legend Billy Gibbons of ZZ Top and began servicing his guitars.

Eventually, Mr. Todd moved his shop to the second floor of Parker Music in downtown Houston. While learning the fine art of guitar repair, Kevin had the opportunity to meet such luminaries as Jimmy Page, Glen Campbell, and Johnny Lee. Kevin of course also serviced instruments for lots of great local musicians. Working on the instruments of so many fine and discerning players, Kevin learned the importance of getting every last detail of an instrument’s set-up exactly right.

In 1975, Kevin decided to strike out on his own, starting his own repair shop – “Kevin Perry’s Guitar Repair Shop” – out of his rental house in the Bellaire area. His business quickly outgrew this small rental house, so Kevin moved to his first “real” shop on Mapleridge Dr. His reputation for excellent work quickly spread among Houston’s musical community. Along with local players, other music stores such as The Musicians Shop started bringing repairs Kevin’s way.

Kevin once again outgrew his space, and he moved again, this time to Westbury Square. Here he continued to burnish his reputation as Houston’s “Guitar Doctor.” Local musicians began to rely on him to keep their equipment in shape, and touring bands started dropping in on him as well. He continued to do repairs for ZZ Top’s Billy Gibbons and Dusty Hill.

After marrying Cecelia in 1978 and having their son Justin, Kevin decided to expand his business into selling guitars, amps, and equipment as well. Great Southern Music was born around this time at its first location on Westheimer and Dairy Ashford.

While at this location, Kevin struck up a friendship with country star Clint Black. As Mr. Black’s career was taking off, Kevin built him a custom Telecaster, known as the “Great Southern Guitar.”

The rest, they say, is history. Great Southern Music continued to grow in reputation over the years. The store has moved a few times: FM 529 to Highway 6 and finally to 290 and Barker Cypress.

Kevin Perry, his family, and all their great employees look forward to keeping Houston rocking (in tune) into the future… 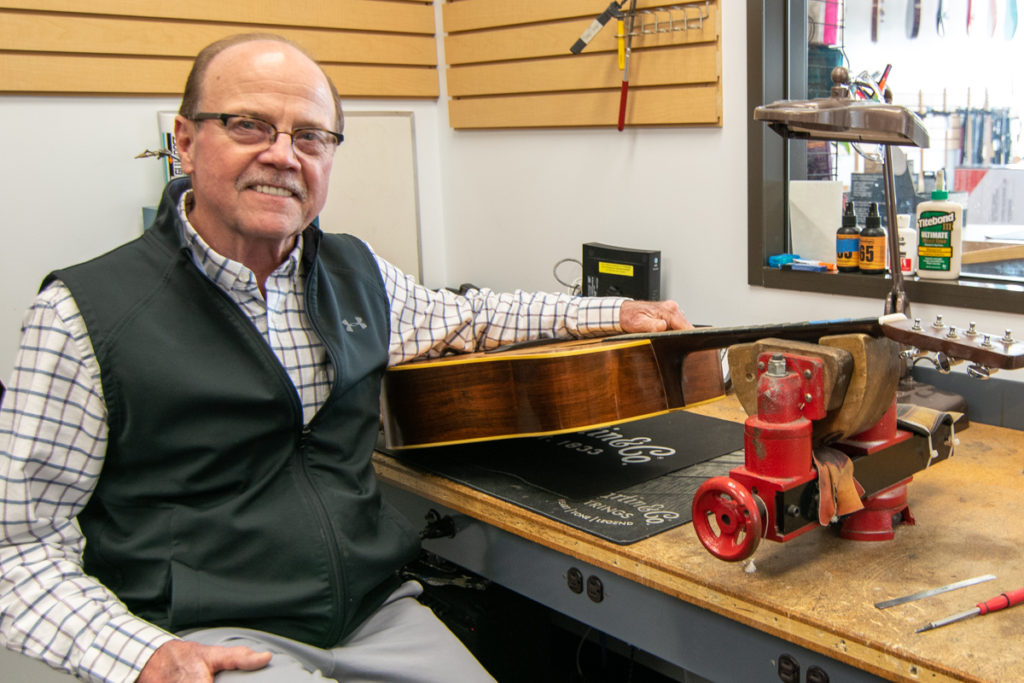 Kevin at his current shop – still loving what he does!

Great Southern Music Through the Years

See you at the Sho

For more great deals, check out our Reverb shop.